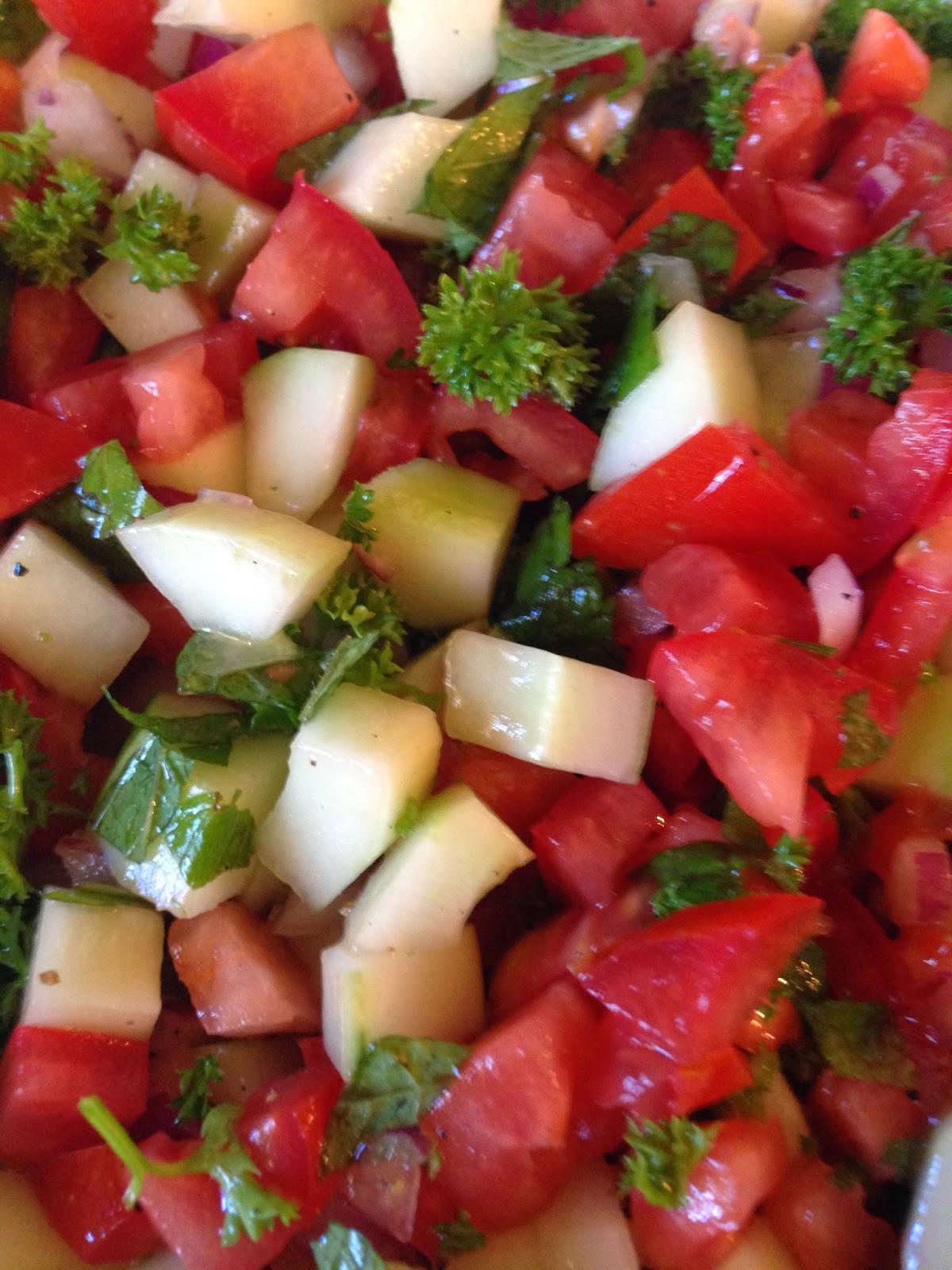 This is a salad served all over the Middle East and Near East. I've heard it called Israeli Salad and also Arab Salad, which shows you how popular it is. For the sake of peace and the recognition that food can unite people, I'm simply calling it Middle Eastern Salad. It is a refreshing mix of cucumbers, tomatoes, mint and parsley, salt, pepper, lemon and olive oil. It goes beautifully with all kinds of roasted meats and is one of the dishes almost required when serving Turkish mezes - they call it Shepherd's Salad and the Iranians make it too and call it Salad Shiraz. You can call it anything you like and if you haven't made it yet, it may quickly become one of your favorites too!

Mix together all the ingredients and toss to coat.  Let sit for at least 15 minutes up to 24 hours (refrigerated) to let the flavors meld.

Cucumbers belong to the Earth Element and Tomatoes to the Fire Element. If you use Peppers, you add even more Fire. The olive oil and lemon juice contribute the Wood Element. The parsley and mint add the Metal Element.  Only the Water Element is missing so you might want to consider adding an eggplant dish or a seafood dish to create a Five Element Balance.