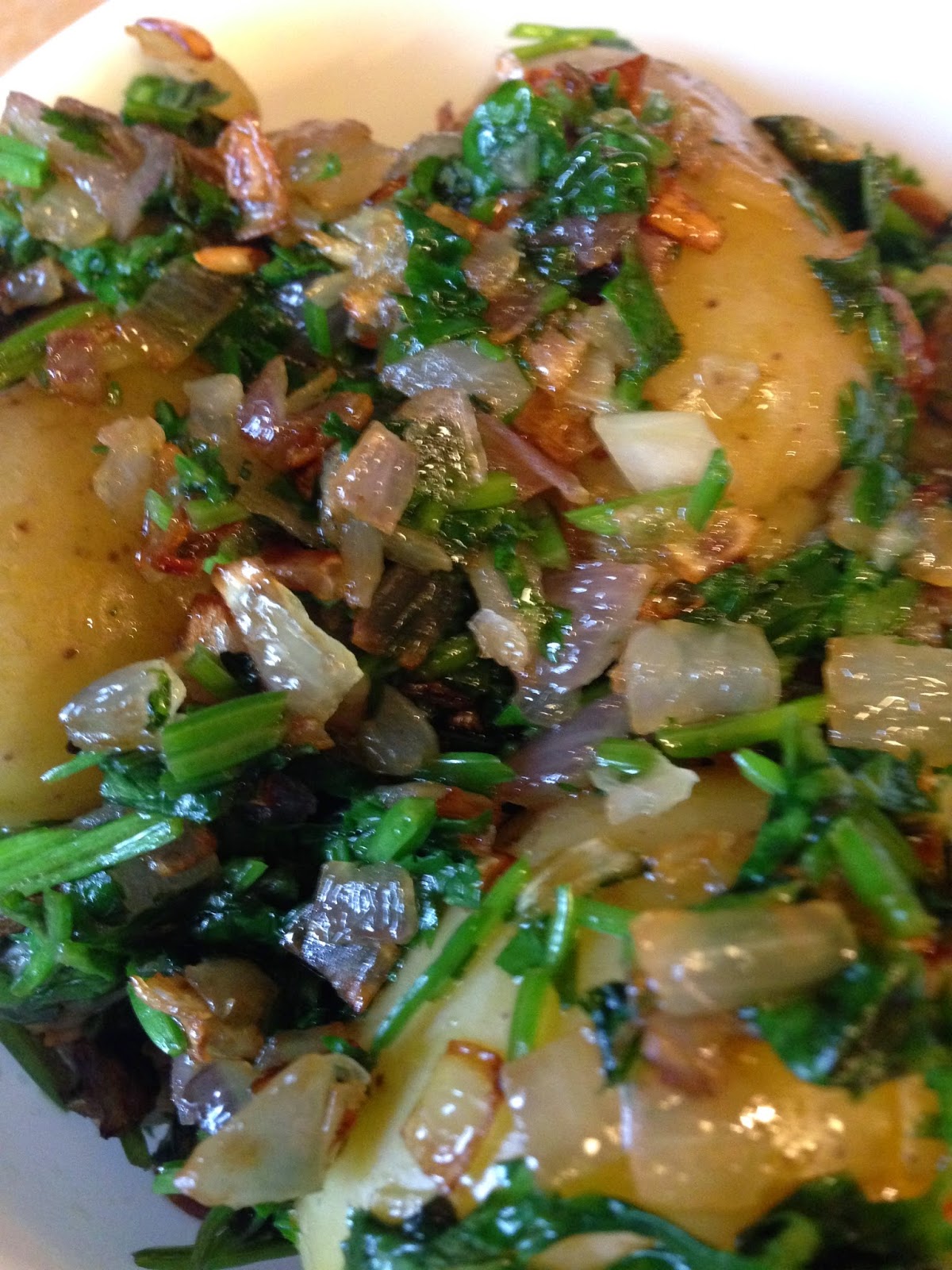 I was traveling most of the last month and in the few days I got to be home, I cooked my old favorites so no interesting new recipes to post.  But, I've finally gotten a chance to be home for longer than a few days and my desire to cook is overwhelming! And I went to the grocery store and bought everything that looked good - so now I have to cook.

Last week when I was in Mexico City, I got a recipe for potatoes that I knew that I had to come home and try. I met a lovely older Mexican woman named Blanca who took me shopping. Over lunch at the Anthropology Museum we were talking about how much Danish people love new potatoes- simply boiled with butter and she gave me her Mexican version.  It's a really simple recipe, but if you like Cilantro and browned Onions, you will love this recipe! Cilantro is considered a blood purifier and is considered good for cleaning heavy metals out of the body. It has also been used for centuries in both Chinese and Ayurvedic Medicine for a number of health problems and is considered a digestive aid. For those of you who don't like Cilantro, it can also be made with Parsley. I served it with Roast Chicken and a salad and it made the perfect meal.  The potatoes can be cooked ahead of time and then reheated in the sauce to save time, making this a wonderful dish for a dinner party!

In a large pot, cover the potatoes and boil until a knife can pierce them (about 20 minutes).  Drain and hold in a bowl (this step can be done ahead). In a large frying pan, heat butter and add onions. Cook until lightly browned (about 4 - 5 minutes), then add in the Cilantro and cook until Cilantro begins to wilt (this happens fast). Pour sauce over the potatoes and toss to coat.  Season with salt and pepper and serve.

Potatoes belong to the Earth Element while the Onion and Cilantro contribute the Metal Element. It's missing the Wood, Fire and Water Elements (except for the very small amount of salt) so it's a good side dish for a meal that's composed mostly of those kinds of food and that's why I served it with a Fiery Salad and a Wood main dish - roast chicken.  And, I served soup first to bring in the Water Element to create a balanced Five Element meal.