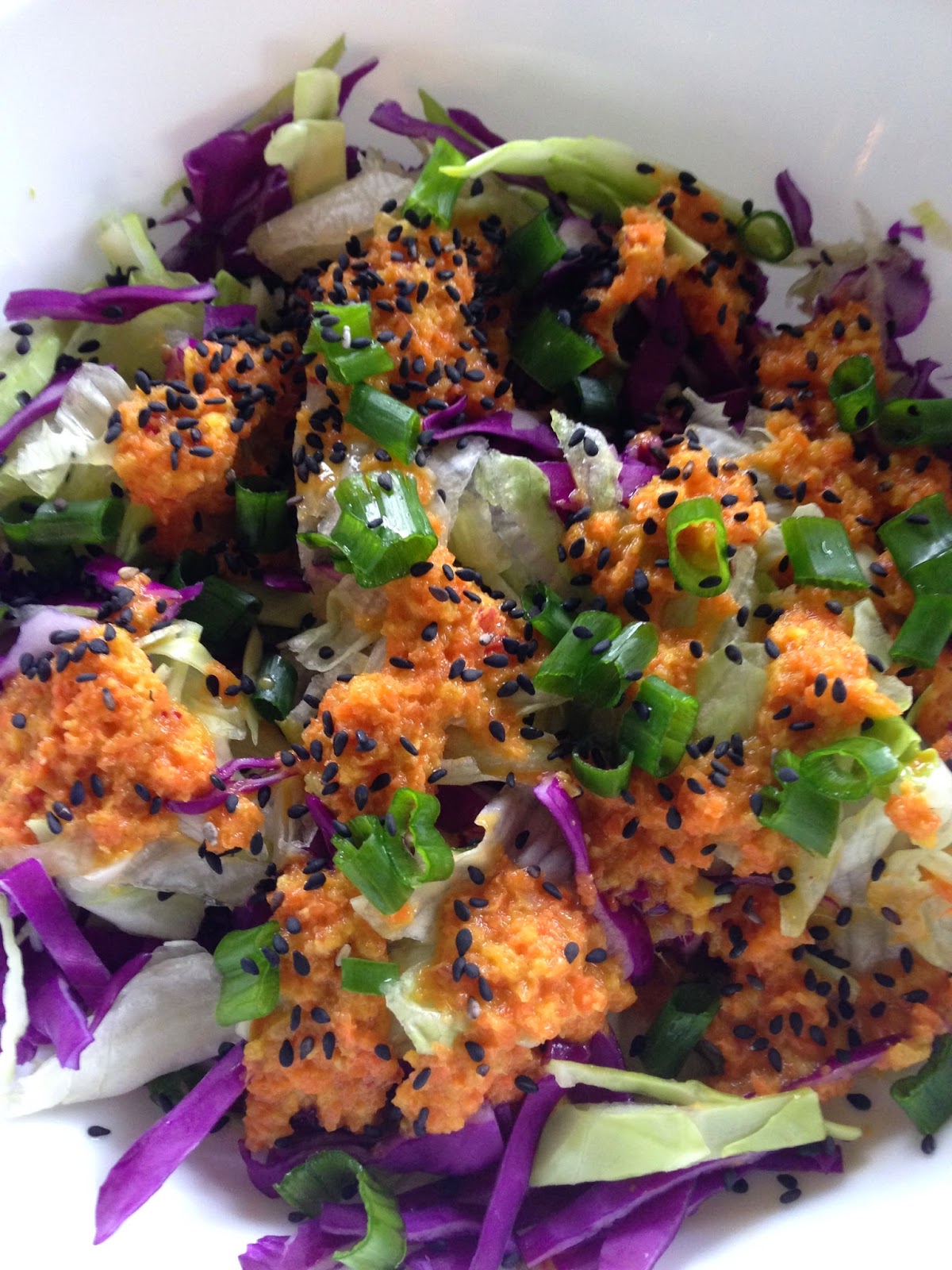 Back when Sushi first became popular, there was a salad dressing that I had at every Japanese restaurant that I loved. I remembered that it had ginger and grated carrot in it and I haven't had it in such a long time. I thought about it the other day and decided to try to recreate it. After a bit of online research, I found a recipe on Saveur's website that was the starting point for this salad.  The Salad Dressing recipe came from Chef Tadahi Ono and was made to be used with only Iceberg lettuce. I tweaked the recipe for the salad dressing to make it more gingery and used Tamari instead of Soy Sauce and Red Onion instead of Yellow, and then served it on Red Cabbage mixed with Green Cabbage and Iceberg Lettuce for some beautiful colors and some wonderful textures  I finished it off with minced Scallions and Black Sesame Seeds.  Not only was it beautiful, it was also delicious. I made a huge bowl of it and loved every bite!

Combine Oil, Rice Vinegar, Tamari Ginger, Carrots and Onion in a food processor or blender (I actually used a hand blender).  Process until smooth and add in salt and pepper.

Carrot and Cabbage and Ginger all belong to the Earth Element so this is fundamentally an Earthy Salad.  The Scallions add a bit of the Metal Element and the Red Onion adds even more so that element is covered. The Water Element is represented by the Tamari and the Sesame Seeds. The Rice Wine Vinegar contributes the Wood Element and the Iceberg Lettuce and sprinkling of Pepper make sure the Fire Element is present too. This then becomes a balanced Five Element Salad!