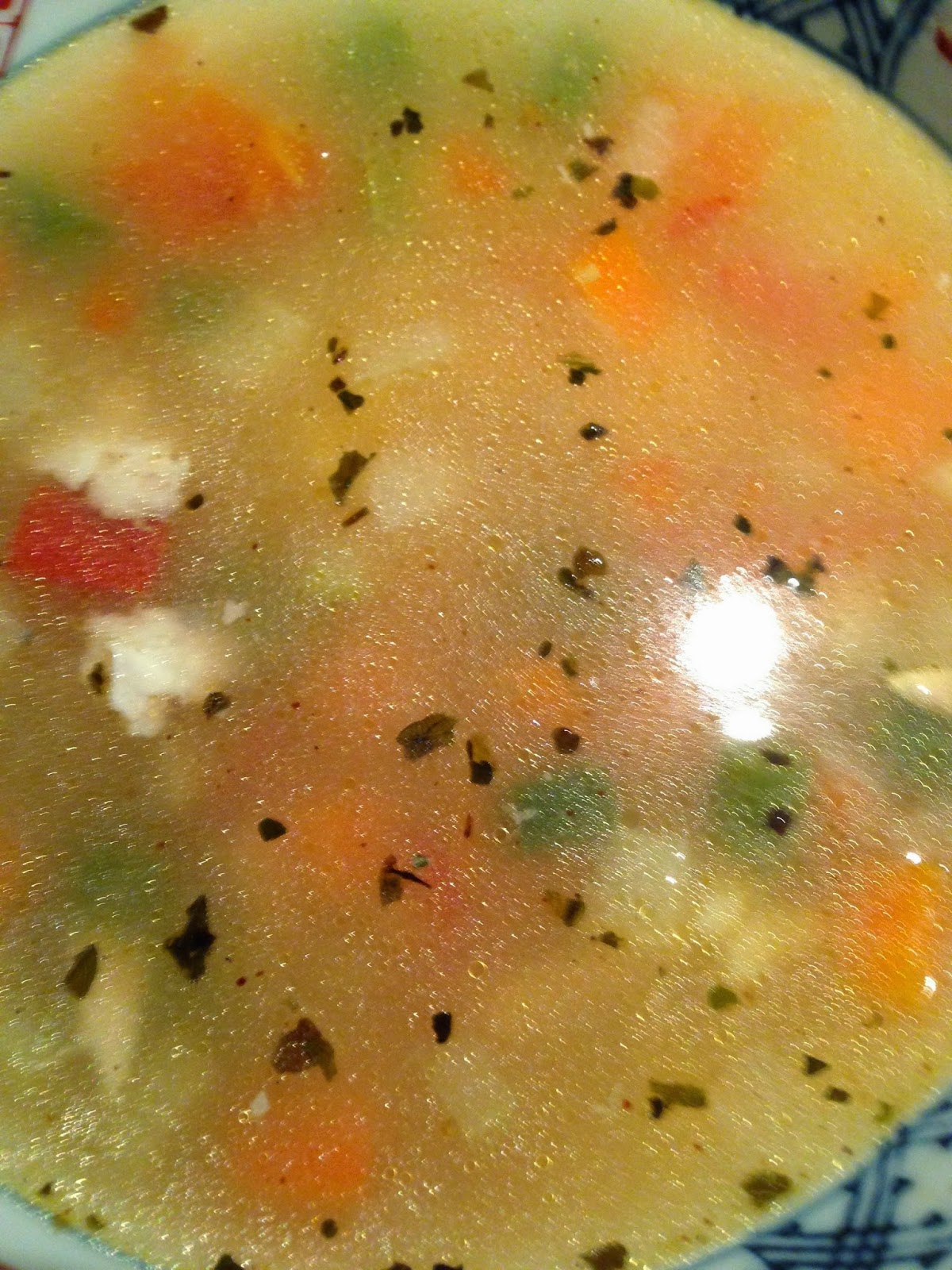 The wind was howling outside last night and even though I had the heat turned up so the  house would be nice and warm if the power went off for a while (and it did), I was feeling cold so I made a big pot of soup. I was kind of in the mood for Avgolemono but didn't feel like adding the eggs to make it creamy. I wanted broth. So, I used lemon and oregano to bring in the Greek flavors to some chicken broth and added a lot of vegetables and swapped out the rice for some Gluten Free Orzo and it was wonderful!  I used the breast meat off a Rotisserie Chicken and made the broth from the bones of that chicken along with some cans of chicken broth. I add the skin in too as I think a little chicken fat is good for you and chicken soup should always have that slight sheen of chicken fat skimming the top.  Anyway, it came together in about 1 1/2 hours, but if you want to make it even faster, you can skip that step and use all canned chicken broth. I added in the Oregano and lemon at the last minute to keep the flavors fresh. I loved this soup! The lemon juice just brightened up the flavors so much. Now, this is going to become a staple in my list of go-to soups.

Put the bones of the Rotisserie Chicken in a soup pot with the chicken broth and water. Bring to a boil and reduce heat to a simmer. Cook for one hour.  Remove the bones and strains the broth.  Return to the pot and add in the Onion, Green Beans, Carrots, Celery and Tomato.  Cook for 15 minute and add in the Orzo (or rice). Cook for an additional 15 minutes.  Sprinkle with the Greek Oregano and add in lemon juice and serve.

Soup by it's very nature is a Water food, so that element is covered. The chicken and chicken broth contribute the Wood Element and the celery and lemon juice adds even more. The onion and Oregano and rice in the pasta bring in the Metal Element and the Carrot, Green Beans and Corn in the pasta add the Earth Element and the Tomatoes and Pepper represent the Fire Element. Rice would add more Metal.  This soup is very balanced!